George started working at 15 in his family business and spent the last 30 years working there while qualifying in Health and Safety, Facilities Management and project management to name but a few. George has a real passion for learning even though he struggled through his school life due to dyslexia. George has volunteered in many organisations and charities. One of his favourite was mentoring at Coventry University with the IOD ( Institute of Directors). It is great to see your mentees go and achieve what they set out to do.

George is keen to bring his real life experience to the MAT to make a difference for the students. 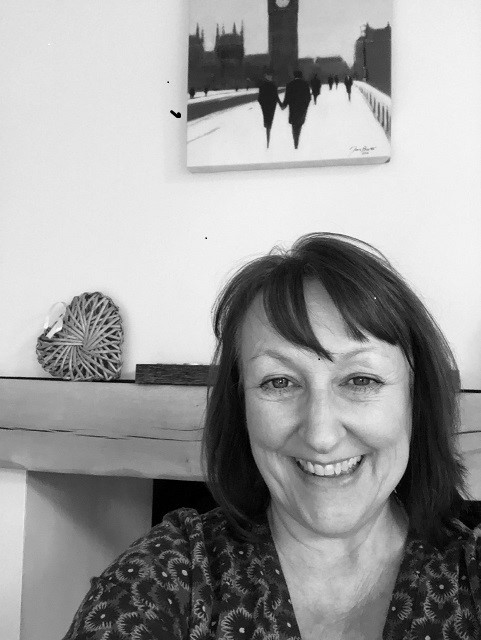 Michelle is the Platform Director for a data management company where she is responsible for the delivery and support of all internal IT systems across the organisation, with a passion for delivering change whilst ensuring an exceptional user experience. Michelle is also a core member of her current organisations’ Incident Management Team and Audit / Risk management committee. Previously Michelle held the position of Head of Solutions Architecture for a large facilities management and construction company after working as a consultant for a number of large IT professional services organisations for over 25 years across different industry verticals. Michelle was keen to work with the Midland Academy Trust and understand how she can bring her experience to help and contribute to the students, wider communities and MAT initiatives. 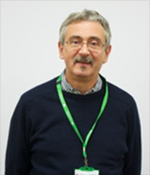 Mike is a chartered public finance accountant and retired in July 2012 after 40 years’ service for Coventry City Council.  Most of his career was spent in financial management but he retired from the post of Assistant Director - Transformation Programme. Mike is the Chair of the MAT Audit Committee. 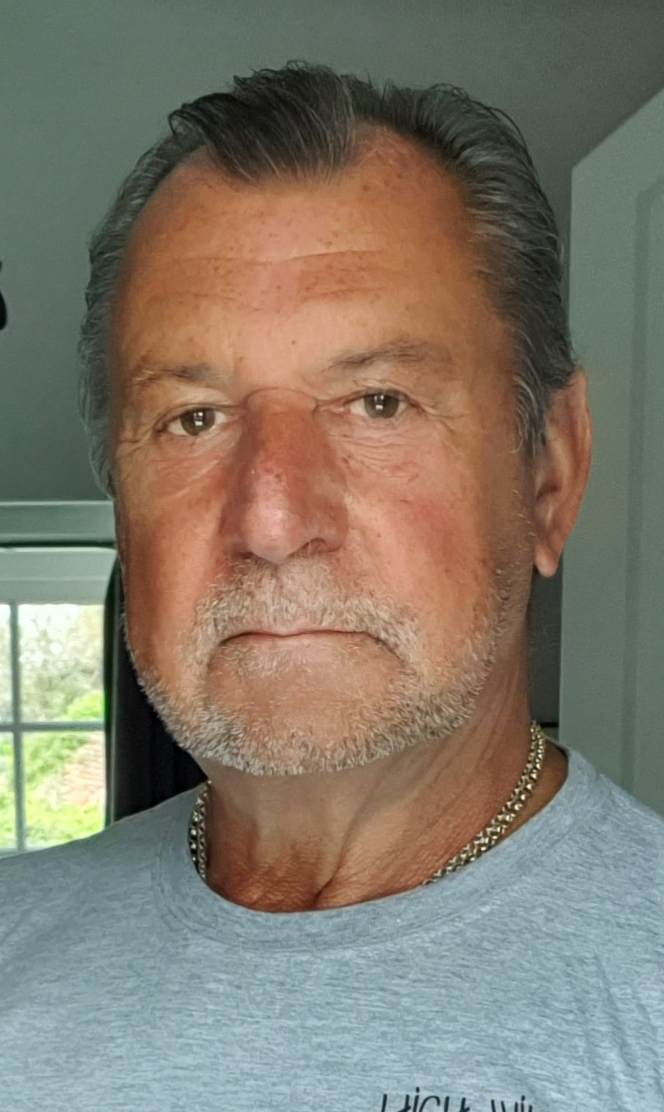 My first job at the age of 15 was as an Apprentice Shipbuilder with Cammell Lairds in Birkenhead. I went on to Further Education and eventually achieved a Degree in Environmental Engineering at Newcastle Polytechnic in 1978. I spent 24 years in construction operating in the UK, Jordan, Iraq and the Sultanate of Oman. I led the overall construction of some of the largest developments in the City of London during the ‘80s and early ‘90s as well as leading on major construction projects for the Royal Oman Police and Sultan’s Armoured Regiment in the Sultanate of Oman – where I got to drive a Chieftain Tank and fire the gun – which was fun! In 1999 I led the implementation of the Criminal Records Bureau quickly followed by the establishment of the London Congestion Charge. Following those I started my own company and worked with Thames Water / ITNET / Transport for London / Stratford District Council / HMRC and Cap Gemini Aspire and Central Government. I became a top Civil Servant in Central Government and was a leader of the major Welfare Reform Programmes in the Department for Work & Pensions (Employment & Support Allowance and Universal Credit). I also led in the outsourcing initiative of Departmental back office services to two Shared Services Providers across all Government Departments. Moving on from Government I went to transform the charity Help for Heroes and latterly have led and advised on major Transformations in the UK Higher Education sector – within which I continue to strive to make a difference. I am a Fellow of the Royal Geographical Society and have led two major scientific expeditions to the remotest part of the Sultanate of Oman discovering the wreck of the first British Merchant ship to be sunk by the Germans in World War One; a new species of Humpback Whale and untouched tombs and dwellings over 5,000 years old. Google it to see more if you like. My interests are family (married with 3 grown up kids and 3 Grandchildren) / scuba diving – which I have been doing now for 40 years / climbing & walking / photography / writing poetry -published author. I wanted to join the Midland Academies Trust (MAT) because I feel my professional and personal attributes and experiences have much to offer the Trust; the Academies within it and the children coming through the Academies. And what better use to put these to than supporting the next generations and the positive societal differences they will influence and make for the future. I aspire to serve and make a difference to the society within which I live and the people around me. 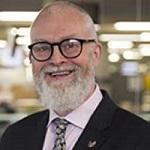 As Provost for Coventry University Group, Ian is Chief Academic Officer and takes responsibility for driving the highest standards of academic excellence and supporting the leadership of the Education & Student Experience, Research and Enterprise & Innovation pillars of the corporate strategy.

Ian is highly engaged with the higher education sector both nationally and internationally. He is a member of the QAA Advisory Committee for Degree Awarding Powers in the UK and a member of the European University Association steering committee for learning and teaching. In 2016 Ian was voted “Inspiring Leader of the Year” at the Guardian Higher Education Awards. He is highly engaged in his local communities, working with schools, the justice system and charities. 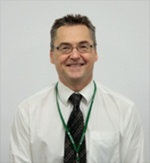 I am a former Local Authority Chief Executive and a solicitor. In addition to my legal background, I bring strategic management experience, a strong interest in the wider local community and an understanding of the public sector to the corporation.  I have extensive experience as a school governor (secondary) including 5+ years as a Chair, also  as a Director of a multi academy trust Hand as an FE Board member including chairing Committees and as Vice Chair of the Corporation. I am also the independent Chair of a local multi agency Health Improvement Partnership.

I am a qualified accountant who works across a number of industries including manufacturing, construction leisure and my current employment area, financial services.

I am recognised as a senior leader by the Financial Conduct Authority and have Director responsibility for change programmes, risk and health and safety, with over 50 staff reporting to me.

I am the father of 2 daughters and have a great passion for improving the educational opportunities of our school age children, providing them with the help, guidance and support in their chosen goals and professions. 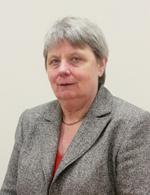 I am now retired but was Assistant Executive Director of Children’s Services in Liverpool. Prior to that post I worked in several different posts in community education including Head of Community Education in Tameside. I have been involved in the Midland Academies Trust since it was established. I am a Governor of a primary school in Leicestershire. I am also Vice Chair of Citizens Advice Leicestershire.

I have maintained an interest in policy developments within Education. I am committed to promoting equality and diversity in all the organisations I have worked or volunteered in, and have experience in the delivery of diversity and equality training.

When I retired I moved down to Leicestershire to be closer to my family. 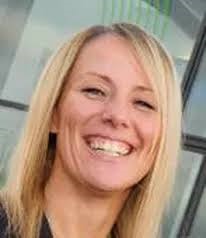 Kirston has served as a Director/ Assistant Director for Education for over 9 years across 2 Local Authorities. She has significant knowledge and understanding of the operating environment and a high level of experience working with Local Authorities, the Department for Education, the Regional Schools Commissioner, Ofsted, WMCA and Government.

Kirston wanted to join the MAT Board to give something back to the profession that she has served for 25 years and offer her expertise in the best interest of improving outcomes for children, young people and the local area.

Marion Plant is Principal and Chief Executive of a large FE College; North Warwickshire and South Leicestershire College in Leicestershire and Warwickshire.  She is also Chief Executive of the Midland Academies Trust which sponsors four secondary schools. Marion also served a 3 year term as a non-executive director at the Department for Education and in March 2018 was awarded the ‘Business Woman of the Year Award’ by the East Midlands Chamber of Commerce.

She serves on several national/ regional bodies including: 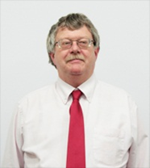 A chartered public finance accountant and a trained town planner, Tim retired as Director of Finance for a major local authority in 2008. He is “retired” but occasionally still works as a consultant in finance and governance, and holds a number of non-executive roles. He is also the independent chair of the audit committees at North East Lincolnshire Council and North East Lincolnshire Clinical Commissioning Group. Tim is a trustee and non-executive director in the public and private sector of various local charities including Hinckley Homeless Group, CAB, Food Bank and Worklink and the family and work initiative. 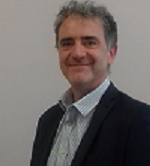 Phil is a chartered engineer with 27 years’ experience of delivering transportation strategy advisory services to senior government figures and agencies.

He is currently delivering a national traffic management project in the UK. Phil is a Director of a small business services consultancy and has previously managed consultancy business in the middle east. He holds a BSc Hons in International Studies and has an Executive MBA.

Phil is keen to bring his strategic and Governance experience to the MAT and help make a difference to the students and communities the MAT serves.